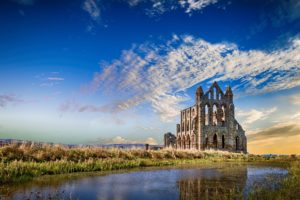 Anciently, the State Was Ruled by Religion

In the Greek, Roman, Hebrew, Egyptian, and many other cultures, religious authority and civil authority were completely unified in a single council or person. In other cases the government often supported a religion, usually by taxation. Separation of religion and government were hardly even considered. But there were many exceptions. For example, when Rome conquered the Jews, they did not force their religion upon them so there was a de facto separation.

Many religions were represented among early immigrants to America: Anglicans (Church of England), Atheists, Baptists, Calvinists, Catholics, Congregationalists, Lutherans, Presbyterians, Puritans, Quakers, and Unitarians, to name a few. There was also a smattering of eastern religions, but early immigrants were predominately Christian. It is also noteworthy that in the early 18th century, three out of four citizens attended churches regularly.1

A Brief History of Religious Liberty in America

Religious liberty was a major concern of the people during the years surrounding 1776, and there was a broad spectrum of opinions on the matter. Those opinions ranged from those who were certain the nation could not survive unless Christianity was supported by taxation. Others said state support would corrupt Christianity as it had done several times before. Some advocated a religious test to hold office while others decried the idea.

Some of the colonies had established state religions which continued many years after the adoption of the new federal Constitution. The states, after all, were sovereign nations that used the Constitution to create an enforced co-op in order to present a single face to the outside world and settle some interstate commerce problems. That was all. The tenth amendment was to have assured that the federal government would never delve into these issues.

It is important to note that ratification of the new federal Constitution did not require the states to cease sponsoring churches. There was a well understood separation of powers between federal and state jurisdictions. Few questioned the sovereignty of the states in regard to religious liberty and the first amendment prohibited the federal legislature from writing laws respecting religion. Nonetheless, and notwithstanding the plain wording of the amended Constitution, congress has written many laws affecting religion and religious practices and the Supreme Court of the United States (SCOTUS) has not struck them down. So now we struggle with issues that should have been left to the states. But we must deal with what is, so let us continue.

Religious freedom meant different things to different people as they came to America. Most of them wanted to expand their favorite religion without conflict from other faiths. These expanders usually thought government should assure that people were taught and vigorously encouraged to practice their brand of religion. Others wanted to escape persecution from over-zealous expanders. A majority of the colonies supported their favorite sect with taxes. In Europe, there had been religious wars in the 16th, 17th, and 18th centuries, mostly due to the Protestant Reformation which threatened the existing Catholic domination. Religion was a hot topic everywhere.

Government support of churches was very common. Eight of the thirteen colonies levied such taxes. In fact, several of the new states continued public support of their favorite churches after the Constitution was adopted. Massachusetts held out for 44 years: ending these levies in 1833.2 This taxation was never considered a violation of the first amendment which was understood to restrict only the new federal government.

In January 1781, the congressional record of the day shows that having just thrown off the Crown’s prohibition of the printing of Bibles in America, the Congress authorized the use of its presses and later lauded the completion of the work. That was the origin of the “Aitken Bible”.

The Congregationalist church came to the fore in the early colonies, especially in New England where it dominated the religious landscape, and civil laws disciplined those who didn’t conform. Punishments included whipping, jail and public demeaning. These practices actually helped the religious freedom movement by calling attention to their harshness. After all, it seemed appropriate to punish non-conformers within their own memberships, but then when another sect did it, it seemed cruel. The extremes evident in the colonies gave them all reason to ponder.

In many places toleration and accommodation became the only practical solution to conflicting religious opinions. General George Washington’s method of dealing with church and state issues was to encourage religion without promoting any particular faith. He accommodated his soldiers’ religious practices. He felt soldiers needed the moral discipline of religious training and often ordered his troops to attend church services of their choice, and instead of punishing a group of Quaker recruits, he simply sent them home rather than violate their personal convictions or their right to the freedoms they refused to help secure.

The perspective and method General Washington used was common among early civil authorities before, during, and after the adoption of the new Constitution.

The Great Awakening and Rationalism

The Christian revival that swept across the early colonies reduced the power of the various sects. This was a personal, emotional reformation that changed religious focus from church organizations and doctrine to individual piety. As people looked inward more, they became aware of their own behavior as compared with the standards set forth in their doctrines. This subtle change helped them see that religion was a private matter with the additional effect that they felt violated by attempts to enforce religious practice. The idea of freedom of conscience became an active force.

Rationalism, a more analytical, logical or scientific way of thinking about religion, also had a unifying effect on the people. This combination of religion and science was appealing to many, especially the more educated populace. Like the great awakening, it softened religious dogmatism and brought many viewpoints into conversations that otherwise would not have happened. The result was greater understanding with broader tolerance for different viewpoints. It also helped put aside the idea of the divine right of kings, a favorite opinion of the Tories and many Anglicans.

The general population became aware of new ideas, new ways of handling conflict, and began to recognize that punishing religious misbehavior was hypocrisy in the context of “turn the other cheek” and “whosoever shall compel thee to go a mile, go with him twain”.

These new ideas weakened the authority religion had held and opened the door for secularism, the idea that civil laws should not touch religious practice. The Quaker William Penn in Pennsylvania and the Puritan Roger Williams in Rhode Island had already been very vocal about religious freedom. Williams wanted great independence from the Church of England, got himself labelled a “separatist” and expelled from the Massachusetts Bay Colony for spreading “new and dangerous ideas”. His position included the insistence that a citizen should have complete freedom of conscience in religious matters. He said civil authority should not discipline a citizen for “breach of the first table”; a reference to the first five of the ten commandments (those on the first of the two tablets of stone). Violations of these did not infringe the rights of others and so should not be the subject of civil law.

On March 4, 1805, in his second inaugural address, Jefferson said with respect to the powers of the federal government, “In matters of religion I have considered that its free exercise is placed by the Constitution independent of the powers of the General Government. I have therefore undertaken, on no occasion, to prescribe the religious exercise suited to it; but have left them, as the Constitution found them, under the direction and discipline of state and church authorities by the several religious societies.”

Only America Could Give Birth to Freedom of Religion

It is fascinating to realize how all these factors played together in preparing the people for the Declaration of Independence, the Constitution, and religious freedom. The following list mentions some of them:

Only in a new culture, with a variety of conflicting beliefs and practices, amidst a people whose hearts were set on freedom could all this come together and produce the Declaration of Independence and the first amendment in the Bill of Rights which read thus:

We hold these truths to be self-evident, that all men are created equal, that they are endowed by their Creator with certain unalienable Rights, that among these are Life, Liberty and the pursuit of Happiness.

Congress shall make no law respecting an establishment of religion, or prohibiting the free exercise thereof; or abridging the freedom of speech, …

1 Religion and the Founding of the American Republic, Library of Congress.

2 Massachusetts was the last state to end taxation for church support in 1833.