I saw a  chasm growing between religious and non-religious citizens and I wanted to fix that.  But I was uncertain about my qualifications to write the book to solve the problem. Then I began to review my life experiences, my previous writings, and what others had said about me and I decided I could not only do it, but do it well. So I preface this book with why I can do this.

I am a poor farm boy; started out in White Bluffs, Washington, a tiny village doomed to be overrun by the Manhattan Project, the atomic bomb project that ended World War II. The best training of this farm boy happened when my father bought an apple orchard 35 miles from home. He often left me there alone to get the work done. Sometimes I had no tools and problems that needed them. I learned to repair equipment with sticks, rocks, and wire. I discovered by sheer necessity that I could fix almost any equipment and get back to work if I forced my mind to search for answers instead of excuses.

Farming also taught me that I would much prefer to make a living using my mind rather than my back.

In my last years of high school, I discovered I liked to write and that I could be good at it. Mr. Landers, my English teacher, once accused me of plagiarism, saying my little essay on public education was too good to have been original.

It was there that Mr. Cozza exposed me to the scientific method. Then he pointed out my talent for it when he talked to the class about a demonstration that I had just presented. Oh, how I had loved the look on their faces! I had gone to the front of the classroom, turned a switch, and returned to my seat. Everyone stared at me in confusion and one student asked if I was going to do my presentation. I sat in my chair and smiled. A moment later my recorded narration and electro-mechanical demonstration of automation unfolded. I had used a partially broken timer from my mother’s washing machine, a solenoid salvaged from my repair of her dishwasher, and a few odds and ends from my radio shack. 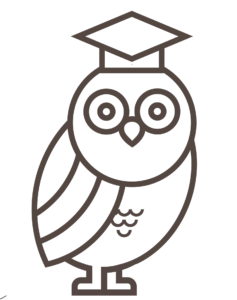 At Washington State College I majored in electrical engineering and then physics, but I studied philosophy and religion as some of my electives because I wanted to figure out how to identify truth. It was so clear to me that in every aspect of our lives we seek truth to free ourselves from the bad effects of error. If that worked in chemistry and physics, why would it not work in politics and religion?

That search put me into the Mormon Church, the Church of Jesus Christ of Latter-day Saints. They had a rational answer to every question I could pose – even tough ones like “If God is perfect and holy and created everything, why is there evil?” Then there was that Book of Mormon. When it was first published it seemed to prove the Mormons were crazy, but after almost two centuries have passed, it now confirms the story they told.

After living that religion for a few months, I was so happy that I volunteered for a two-and-a-half-year mission in Sweden. The opportunity to visit with hundreds of ordinary (and some exceptional) people, was life-changing. I found I loved them all, the good, the bad, and the ugly – literally. I found there were faults and redeeming qualities in every person I met. That love now makes me write this book.

I finished my physics and mathematics degree at Brigham Young University, graduating with honors. My mission experience made me want to avoid work that

could be used to create deadlier weapons of war so I stayed on and graduated near the top of my MBA class. One of my professors was watching me more than I realized and one day he handed me this 3 x 5 card:

So yes, I tried too hard and too often to be funny. And I often did that in the middle of something I was actually serious about. But I thought I was unusually good at figuring things out and this confirmation was a wonderful addition to my confidence. As you can see, I treasured and kept the card.

My future wife had invited me to be a pen pal while I was in Sweden. That turned out fantastic! Now, having raised 10 children with her, we have observed almost two centuries (10 x 20 years each) of child development. There is no series of college lectures that can beat 200 years of hands-on lab. The insights into human nature gleaned from thousands of little episodes are priceless and revealing.

The political situation in the 1970’s made my wife and I upset so we investigated the John Birch Society. The negativity we found there soon drove us into the arms of the Utah American Party. That love affair only lasted a couple years — same problem as the “Birchers”.  So we were county and state delegates for the Republican Party for a time. Then came the profound experience that forever anchored my personal political opinions.

W. Cleon Skousen started giving seminars on the US Constitution in the fall of 1975. He had worked in the upper echelons of the FBI and as Chief of Police for Salt Lake City. He was the author of several books including the best sellers “The Naked Communist” and the “The Naked Capitalist”. By the time we had attended a few seminars, we were deeply impressed with the amount of research, debate, and experience the founding fathers had put into the Declaration of Independence and the Constitution. I thought every citizen should know about that and I wanted to write about it. But I needed to figure out how this unknown author could get people to read his stuff.  I’m a religious guy and that night I told God about my desire and my problem and ended with, “I would be happy to help if there is some way I can.”

A few hours later, about 1:30 AM, I awoke with the answer to the problem: I would write as though I were one of the founders and I would say what I thought they would want to say to our citizens. For the next three hours, I took notes as fast as I could write. Whole speeches poured into my mind with such emotion that I could scarcely see what I was writing. Those were deeply moving hours. I can only describe it as a spiritual experience.

For the next few months, I had to keep a yellow tablet with me because more words would come whenever they came. The result was a series of eight articles titled “A New Message, Words of Courage and Counsel from the Founding Fathers to Their Children in a Troubled Nation.” They became the featured bicentennial articles for The Freeman magazine, a monthly publication of the Foundation for Economic Education in New York. You can see them here: ANewMessage.com and in The Freeman here.

As I wrote, I read a lot: The Federalist Papers, Common Sense, by Thomas Paine, “The Law” by Fred Bastiat, and others. The more I studied and wrote, the deeper became my passion. That’s how I fell in love with the Constitution. That love now makes me write this book.

Finally, while my wife and I spent 18 months of volunteer service in England a few years ago, we traveled a lot. Our assignments allowed us to take the time to visit many manors, castles, and museums. What we learned was that the more times change, the more the politics don’t. The same ambition, greed, and also passion for helping mankind are alive and well today in the leaders of nations. Methods have changed but men of power still suppose that they are kings and above the law.

But You Have No Legal Training!

Some readers will be looking for my legal credentials. I have none. However, as we say in computer programming, “That’s not a bug, that’s a feature!” That’s why I will be able to connect with John Q. Public better than anyone trained in law. I have a precedent for this.

In preparation for retirement, I took a degree in Land Surveying from Salt Lake Community College. I was particularly interested in Land Law. I had no experience as a surveyor but I could see the patterns in the law and wrote a short piece about them. I called them the axioms of land law. That essay was published in Foresights, the Utah Council of Land Surveyor’s semiannual magazine. Several other states’ surveyors’ organizations soon asked permission to reprint. Encouraged by that I made it ready for the Professional Surveyor magazine where it was immediately published. You can see that here.

I don’t have legal training but I do have rigorous logic training.

As a physicist, I am trained in the rigor that put the moon shots exactly where they had to be and the descent of the Eagle at its precise place and speed. I am applying that rigor to human rights and freedom. The results will be interesting to many and to me in particular.Click To Tweet

The Book I Have to Write

Now it seems our culture and our civilized nation are becoming uncivilized. We cannot long endure such division and animosity. Elections have become religious – believers struggling against non-believers. That’s oversimplified of course, but the trend is clear.

Politics and religion – difficult subjects around any large table – but we will not find peace until we have learned to talk about the issues with respect, soberness, and patience. I know I can help citizens see the way to do this without compromising their beliefs. Because rights are so central to all these considerations, they will be the thread that connects everything here. My goal is to take the mysticism out of rights and reveal them as just another law of nature.

That is my desire and that desire makes me write this book: Church and State, A Citizen’s Guide.