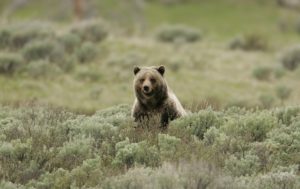 When you step onto the soil of backcountry Alaska, you lose your place at the top of the food chain. And you’d better be aware of that because the grizzly bear really likes his position at the top. But then, that’s his natural right, isn’t it? There is also a natural right that gives a cunning person the power to exert control over others. That’s nature’s way – the law of the jungle. It’s the lower law. And that’s socialism. No? Well, I’m throwing down the gauntlet. Read on — unless you haven’t got the nerve.

The Declaration of Independence proclaimed prior, inherent and inalienable natural rights. The Constitution’s unspoken but dominant point of view is that powerful men too often live the law of the jungle. So to create equality where none naturally existed, it established a government designed to protect the rights of its citizens in spite of the powerful men who would operate it.

Two simple rules made all citizens equal under the law: don’t violate the rights of others and keep your promises. That’s the higher law.

Governments That Live the Higher Law

Isn’t it interesting how “don’t violate the rights of others and keep your promises” covers every possible circumstance? Simple and powerful makes a thing beautiful, and the higher law is a beautiful thing. If we all lived it we wouldn’t need any laws that punish. The American revolution was a reaction to taxation (and other intrusions by the crown) without representation. King George III was afraid and didn’t keep his promises and his edicts were violations of the rights of free men.

Free enterprise, capitalism, and the higher law complement one another. In these systems, force of law is only needed to protect rights. We create laws to threaten and punish rights abusers.

In these systems, the citizens delegate some of their rights to the government and consent to obey the laws that the government creates. The Constitution is all about restricting government. But does the government keep itself within those boundaries? We only wish.

Governments That Live the Lower Law

Socialism is often advanced as a cure for the “excesses of capitalism”. These include the exploitation of labor, price gouging by monopolistic enterprises, and so forth. And those are real problems.

The pro-choice people use “termination of pregnancy” as a label for the destruction of a child. In similar fashion, the socialist asks us to focus on the “excesses of capitalism” and the greedy capitalists who create them. But they blame the system rather than the people who abuse it. Capitalism and free enterprise have no inherent excesses or shortages. It is because they are free systems that dishonorable, grasping people can abuse them. So the socialist wants to throw out the system rather than the abusers. That means replacing the system that has made our poorest people wealthy, when compared to citizens where free enterprise is only a dream.

This is a good example of how we can become confused by dealing with abstractions that hide the physical realities. The problem is not the system – it is the insatiable greed of the people who abuse it.

To overcome these troubles with capitalism, the socialist system of government inserts a planning function. The government creates agencies with goals and the power to pursue them. The people administering these agencies control resources of all kinds, including labor. These are the planners. 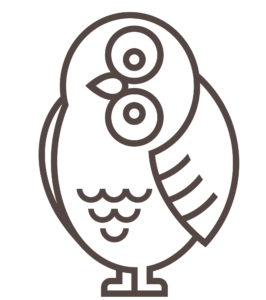 The agency has plans and procedures to meet their goals, and the reason for their existence is to regulate things. A regulation is always an infringement of rights. Each new rule attains the force of law. The heads of the agencies are the front rank planners, the bureaucrats. These people often rise to their powerful positions by application of the law of the jungle. That makes them comfortable with the method so they have little trouble applying it in their continual rule making.

By weaving more and more socialism into our system, these agencies become the vehicles that feed power to selfish, greedy and power-hungry people.

When socialism gains sufficient control, it is communism. But the point is that people who can fight their way to the top, become de facto dictators. These are the people, like the grizzly bear, who end up at the top of the control chain. Socialism is finally the law of the jungle.

Free Enterprise: Where Confidence is King

Capitalism took a great leap forward when the US Constitution came into power. It happened when people suddenly had the confidence to make investments of all kinds. Inventors knew they could exploit their ideas for 17 years without competition. Money, time and assets went into action. The new nation leaped from conflict and suspicion between the colonies to peace and unprecedented prosperity.

Our prior administration put thousands of new regulations in place and then the current administration repealed them. Once again, a new sense of confidence has come over businesses and individual citizens alike, and they are investing at an exciting rate. Consumer and business confidence is at a half-century high.

Pure capitalism has no central planning. Individuals and businesses create wealth by free exchange. The results are incredible. “I, Pencil”, a short essay, written by Leonard Read, shows a prime example. No one person knows how to make a pencil from scratch. Yet, the magic of free enterprise harvests the trees, mines the ores for the “lead” and the metal band, etc.

A pencil costs thirty cents, and when you buy one you keep thousands of people employed in its manufacture. Those people are completely unorganized and independent at the top level. Nevertheless, about two billion pencils are used in the United States each year. And no money is wasted on planning, and the huge, awkward, wasteful bureaucracy needed to support it. It is entirely automatic – the miracle of free enterprise.

Planning does not grow food, build houses or cars, or wash dishes or provide consumer services. It is a form of pure consumption that only raises the taxes on the pencil.

In comparing capitalism and socialism:

Does capitalism or socialism create the most good for the most people?

What system is most susceptible to abuse of the ultimate power: government?

Which system gives the individual citizen the best protection from such abuse?

And then the big one: why doesn’t our government obey the higher law – keep your promises and don’t violate anyone’s rights?

Socialism puts the law of the jungle in control of the government. And you had better be aware of that because planners really like their position at the top. Just to make that clear, socialism/communism has exterminated a grizzly 100,000,000 citizens because they didn’t fit into their plans.

1 thought on “Socialism: The Law of the Jungle”