The answer to that “why” is not entirely clear to me at this point. However, in 1975, I was learning about the US Constitution and was deeply impressed with the wisdom, training and fortitude of the founders of our nation. In that state of mind, I found myself praying one night, that I would like to help my country stay true to its foundations and that, if there was any way I could help, I would be more than happy to do so. About three hours later I awoke with the idea that would let me do just that: write as though I were a founding father speaking to US citizens for our bicentennial.
For the next three hours I wrote as fast as I could to record the ideas that were pouring into my mind. Many times I was moved to tears for the words that came were powerful, touching and intelligent.

My History as an Author

That was the beginning of what became a series of identical experiences that  resulted in eight articles on the Constitution that were published in celebration of our bicentennial by The Freeman magazine beginning in May 1976. The Professional Surveyor magazine also published a couple articles I wrote about the philosophy and mission of land surveying in 2004 while I was working on my degree in Land Surveying. 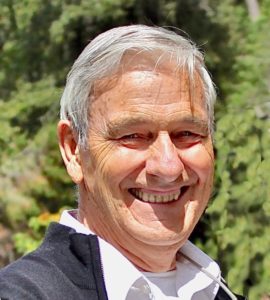 But then I have, over the years, written about 40 little essays on various topics, mostly political and religious. I like to write down my thoughts as it helps me probe deeper into the subject matter and get clarity of understanding. Those essays will provide a lot of starting places to entries in this blog I’m sure.

What I Hope to Accomplish

Forty-two years have passed and gone and I am again possessed of that same desire that produced the series on the US Constitution. Now however, it is intermingled with the desire to layout a more complete picture of what is happening around us – to elucidate that from its very roots. This will require delving deeply into human nature and the nature of our present circumstance, for they are the roots of what is going on around us. I am talking about discovering and articulating unusual insight into these things.

So here is the motivation behind this blog —

I hope that these insights may give us all deeper understanding, and that deeper understanding may gave us greater hope, and that greater hope will draw us closer to the security born of accurate knowledge, which is truth, and that truth may free us from doubt and fear and jealousy and greed and all the negatives of life by replacing them with the truth about the incredible, beautiful, loving universe in which we move and have our being.

I will be talking about our deepest instincts, the conflict that persists in our hearts and minds between honor and ease, and the connections between that and our divine origins; all in the context of the covenants of the Father who invited us to be here in the first place. So that’s why. I guess I figured it out just now.

Follow here:
Jackson Pemberton
Jackson promotes an unprecedented, secular, natural rights paradigm that powerfully supports our traditional natural rights on The Jackson Pemberton Blog. This new political theory embraces all common human observation/experience. Thus it appeals to the hard-core atheist while powerfully supporting our God-given rights. It is a freedom of religion breakthrough.