Jane Roe (legal pseudonym for Norma McCorvey) sued Henry Wade (District Attorney for Dallas County, Texas) because she wanted an abortion but it was illegal. The Plaintiff Jane claimed that the law preventing abortion was unconstitutional based on the privacy guarantee of the fourteenth amendment of the US Constitution. The case went up the system and ended in the US Supreme Court which then opened the door to elective abortion. Here we take a look at how the new rights paradigm directs and simplifies this case. Every court case arises from conflicting claims to rights and the new paradigm helps keep the focus on that fact.

The Trial Process Under Temporal Rights

The process here is different from that used in our court system. Here we lay aside the law and focus on the discovery of what justice demands. Then we look for relevant law and proceed from there.

Because the new rights paradigm says that rights come from capabilities, our first task is to identify whose rights are in conflict. In Roe v. Wade these are:

Identification of the Rights of the Relevant Objects

Identification of the Rights in Conflict

If the mother exercised her right as she wished, all the rights of the fetus would be extinguished. If the fetus was allowed to exercise its rights, the mother would suffer inconveniences in many ways and possibly for many years. Weighed together, this seems to be a pretty clear cut situation — unless the value of an unborn human life is equal to or less than the inconveniences to the mother.

Analysis of the Conflict in the Light of Justice

The case is about whether the law violated the Constitution by infringing Jane’s rights. However, everyone recognized the important facet of that question was whether abortion on demand was constitutional. From the analysis of rights above, we see that Henry’s rights are not in question here although they conflict with Jane’s. So we drop that consideration. That leaves the issue of who holds superior rights between the unborn and its mother. 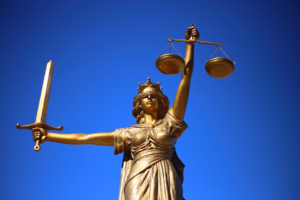 So, on the one hand, we have the loss of life. On the other hand, we have the mother’s loss in the form of inconveniences, economic burdens, etc. These could be reduced to a dollar figure that would likely be somewhere between $100,000 and $500,000. Unless the life in jeopardy is of lower value, it is clear that the rights of the unborn are superior.

That the fetus is not a fully developed human being, may, in the eyes of some, reduce its value, but that opinion begs the question of whether we should consider immediate value or potential value while trying to determine the magnitude of the unborn’s rights.

Notice how the issue devolves to a question of comparable value. Value is a subjective perception and different citizens will have different opinions on that point. That fact is the origin of the principle of “equal under the law” which recognizes that government cannot make those kinds of distinctions and maintain justice. Hence, every citizen’s rights are to be valued equally. In Roe v. Wade, this issue begs the question “When does a fetus become a citizen”? Perhaps in cases like this where life and death are in the balance we need to ignore distracting questions like this one and rule on the side of life.

So justice demands that the fetus be allowed to live. As an aside, it is interesting to note that if the pregnancy was a threat to the life of the mother, a whole different evaluation would come from this kind of analysis, depending on the probabilities of the mother’s demise. 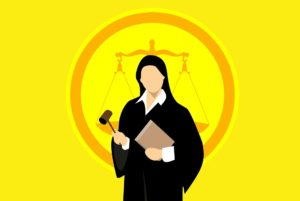 This phase of the trial is where we search for a way to legally bring justice to the people at hand. The case claimed relief for the plaintiff from the privacy aspects of the Ninth and Fourteenth Amendments. There seems to be no other law better suited to the case. The Ninth says rights mentioned in the text of the Constitution shall not infer that there are no other rights. The fourteenth reads, in part: “nor shall any state deprive any person of life, liberty, or property, without due process of law;…”.

Attorneys for Jane said no law had ever endowed the unborn with “personhood” so this provision should not apply.

Attorneys seeking to enforce the challenged law claimed that the cited amendments did not address the issue of privacy at all and that the matter was under state jurisdiction, not the federal courts; i.e. SCOTUS should not even have heard the case.

Since we are using this case for illustration only, we are not interested in those issues so much as the question of justice for the rights holders.

Application of the Law

Under the light of primal rights, a fetus is an object with the power and rights to life, the fact that it is not fully developed notwithstanding. This puts it clearly under the protection of the Fourteenth Amendment. The mother’s life was not threatened so there was no balancing factor to further complicate the issues.

If there is no law that will implement the finding of justice, then the court should petition Congress to enact one.

It is interesting to note here that a fetus, as soon as it is far enough along to survive on its own, has more potent rights to life because it is has passed into the viable human stage. The majority opinion that divided abortion rights into the familiar trimesters recognized this but lacked the hard evidence the new rights paradigm provides. This is another demonstration of the concrete advantages in the new paradigm.

However, this agreement in principle does not force agreement with the majority opinion of SCOTUS.

Examining the majority and dissenting opinions of Roe v. Wade, we see that although rights are clearly in the discussion, the arguments are couched in terms of laws and their plausible interpretations. In other words, the trial seems focused on abstract law in order to decide what should happen to objects: mothers and fetuses.

The power of the new rights paradigm is in its focus on capabilities and their attendant rights. This keeps arguments, both pro and con, focused on rights, rather than the law. The process outlined here pursues justice independent of law and then looks to apply laws that will produce that justice. This is not to infer that Justices were somehow incompetent but only that the new paradigm simplifies and directs the search for justice.