According to Wikipedia, “Social Justice is a concept of fair and just relations between the individual and society, as measured by the distribution of wealth, opportunities for personal activity, and social privileges.” Some will argue for other definitions, but this will suffice here where we will look at the idea as a whole and juxtaposition it against natural rights. 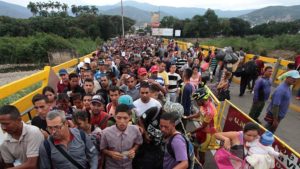 The goals of social justice are entitlements to equality among the people as measured by some standard, such as a person’s income. The goals embodied in social justice seem fair and indeed they are worthy goals. But government cannot bring about social justice without violations of natural rights. This is because the only tool available to government is the crude force of punishment to be doled out to those who violate the necessary legislation. People don’t just naturally help out one another at the level of sacrifice needed so the power of law is imposed to force people to make those sacrifices.

The Cost of Social Justice in the Coinage of Natural Rights

Looking at the whole picture, we see that while the goal is to assure equality in income, opportunity, and standing in society, the machinery needed to create such a society must deliver a significant load of power to the legislature. Then the lawmakers must try to identify the kinds of people to be assisted. This means classes of people must be defined for special treatment, and then the outsider classes must be forced to help make it all happen.

Perhaps the most devastating part of this process is the creation of classes in a society that is supposed to be classless. The process builds a defining fence between those who have something and those who don’t have an equal share of it. Thus the “haves” and the “have nots” begin to look at one another with suspicion just because someone said they are different. This new way of looking at one another is fatally flawed in itself. For example, the most racist people are now those who see racism in everything, even where it does not exist. This heightened “awareness” or “wokeness” is not a blessing to our society where we need to focus on love and service to one another. But this problem is the result of the violation of our most fundamental rights, our natural rights. These are the rights to freedom of opinion, speech, movement, and the fruits of our labor.

There are at least two more fundamental problems here: First, the power given to the operators of government (legislators, judges, enforcement officers, etc) has to be strong enough to overpower the natural rights of the citizens who have failed to assure social justice of their own volition. This power becomes an attractive nuisance to politicians and the wealthy people who put them in office. General Dwight D. Eisenhower warned us about such coalitions when he “cautioned that the federal government’s collaboration with an alliance of military and industrial leaders, though necessary, was vulnerable to abuse of power. Ike then counseled American citizens to be vigilant in monitoring the military-industrial complex.” These political machines become expert at acquiring more influence, money, and authority over the common citizen. At this very moment big pharma and government operators are delivering a great example of this problem by directing health care dollars to new drugs and away from a decades old, cheap, and safe one in our fight against COVID-19. 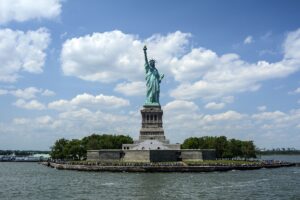 The second problem is that when social justice legislation is written, it inserts artificial signals into the vast machinery of free enterprise and corrupts its natural tendency to deliver wealth to all who are willing to work and save. Free enterprise is the natural rights economy — everyone chooses how he will deliver value to others and what he will do with the income it generates. That is the system that inspired “Give me your tired, your poor, your huddled masses, yearning to breathe free … I lift my lamp beside the golden door. “

A current example of this problem is found in the minimum wage initiatives that have been so popular. Again, the goal is a worthy one but the implementation delivers a cobra effect that injures the very people it was supposed to help. When the cost of anything rises, people find alternatives. It’s the inexorable price demand curve. Minimum wages are replacing fast food workers with robots, kiosks, and apps. These are the entry level people who need jobs to get started in life. My first job in college was flipping hamburgers.

The harder we press on the social justice accelerator, the faster we centralize government which, when it reaches critical mass, begins to acquire power at an accelerating  rate and thus to create a class of elite influencers whose goal is to use the common man’s desire for social justice to control his behavior and assure that these elites are firmly established and protected in their own glorious world. We clearly reached critical mass some years ago.

We can have social justice or we can have natural rights, but not both. So we need to decide which is more valuable. The answer is clear because the governmental power required to establish and maintain social justice is so susceptible to corruption it becomes tyranny. Social justice is the natural path to socialism which, as it divides the people into the elite and the deplorable, becomes communism. It is happening. Now. Today.