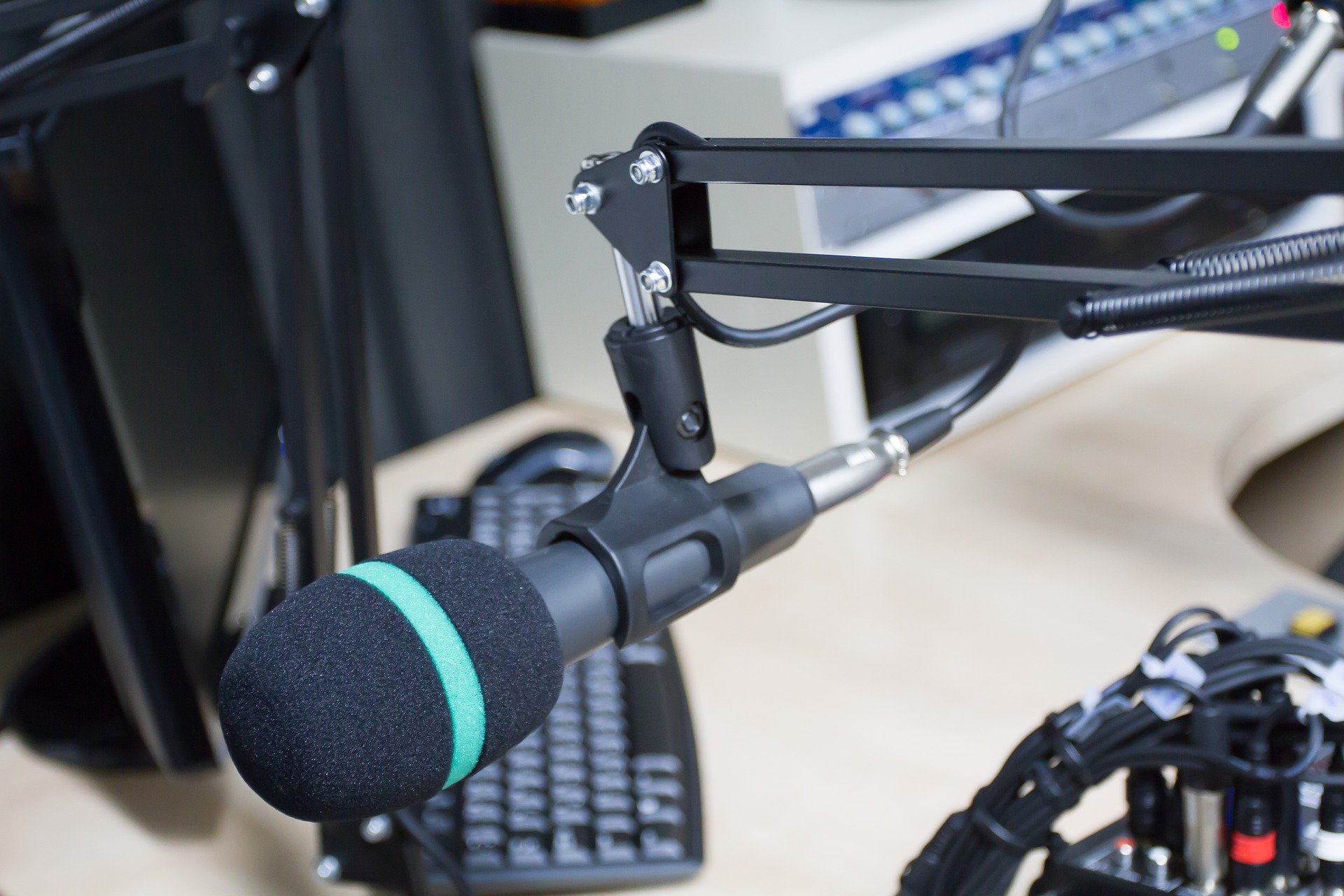 My first media interview was this morning and you can listen to it right here (scroll to the bottom). This first interview is just the first step up the publicity ladder as I work my way to the big media like NPR, Fox News, or CNN? Ha! CNN would never interview a guy with an argument that established natural rights without a reference to deity.

I also thought you would enjoy knowing how these interviews work – mostly rigged in advance, but, in this case at least, very little “set up” ahead of time.

The Interview Set Up

Coming home from a five-day trip in our Airstream, we stopped over in Richfield, Utah. I had sent a feeler to radio station KSVC with the hope that they might take me for an interview, but they had not responded. So Monday morning, the 26th, we drove to the station’s studio and suggested the interview in person. Robert Lovell and I talked for three or four minutes while I mentioned what I was doing as an author and mentioned a few topics that might be interesting to their audience. That went very well – they had an opening this morning at 8:45 so I booked the spot.

We agreed that I should develop a few questions that would be appropriate for them to ask so I did that. We had no other communications until 8:40 this morning when I handed Robert’s receptionist my list of suggested questions. I also asked them to record the interview and send me a copy. You can listen below.

Robert and Aimee sat across a large table/desk that supported the radio control board. Around this table were three chairs, each with its own microphone poised in the air ready to receive our voices.

Here’s the interview sheet the talk show hosts, Robert Lovell and Aimee Cobabe, got 4 minutes before we went live.

Robert: Please feel free to ask any question at any time. I’ll do my best not to embarrass either of us.

Farm kid, honors in physics and math, and MBA, IT Professional, electronic engineering, author of: A New Message, Words of courage and counsel from the founding fathers to their children in a troubled nation.

Currently writing book Church and State, A Citizen’s Guide, and a youth book, Even Rocks Have Rights.

Posting regularly on The Jackson Pemberton Blog, (publishing the books as I write them). Tenth Amendment Center is republishing some of my blog posts as appropriate.

(To be altered or skipped by you as you please, of course):
1. Tell us a little about yourself Jackson, who are you anyway?

2. So you’re writing a couple books you say, what are they about?

3. You mentioned the children’s book is called “Even Rocks Have Rights”. Whoever heard of inanimate things having rights? I mean, some people would have trouble giving rights to cows and dogs. Do you really think rocks have rights?

4. So what is your take on the church and state issue? We’re having a lot of conflict on that subject in our country.

And Here is the Interview