We have established an unprecedented, simple, secular, and insightful basis for inalienable human rights. Here are some of the powerful effects of this breakthrough, “temporal rights” paradigm. (The word “rights” here designates temporal rights unless otherwise noted.)

Freedom of Choice is the Highest Right

Because a right is the direct outgrowth of a capability, and because the foremost human capacity next to life itself, is his ability to think and choose, freedom of choice is the highest of human rights. This is demonstrated by Viktor Frankl in his book Man’s Search for Meaning, “Everything can be taken from a man but one thing: the last of the human freedoms — to choose one’s attitude in any given set of circumstances, to choose …”.

The Ordered Precedence of Rights

It quickly becomes evident that there is a hierarchy of rights. The rock’s space gets split by a tree root, the beaver cuts down the tree, the man makes a hat out of the beaver’s pelt, and the woman insists the smelly hat not be worn to town. You get the picture. 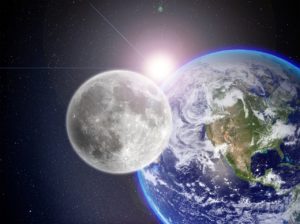 This is an important feature of the new right paradigm. The hierarchy just described is the one found in the natural world. Because of superior capabilities, the human stands at the top of all the “food chains” of the world, all resources are available only to man. This is pretty simple and the effects are obvious. In legal matters, this hierarchy guides decisions; like whether parents have a right to know what’s going on with their children.

And then there are protections for the rights of children. Most of us are comfortable with the statutory rape concept and for the same reason, many of us are uncomfortable with parents mutilating their children’s sex organs

Superior rights must always be held in balance against their potential to violate other rights.

Since government should exist only to protect the rights of its citizens, its top priority must be reverence for the highest right of the citizen: the right to choose. It is his most basic freedom. The citizen’s freedom of choice is the center point about which all government action must rotate. And it must hold this right as most sacred in the creation, adjudication, and execution of law. More.

The End of Entitlements

Under the light of temporal rights, the sometimes blurred boundary between rights and entitlements comes into sharp focus. Any law that does more or less than protect a temporal right is an entitlement. Period. Furthermore, a law that seeks to address abstractions like social justice will violate some temporal right and that infringement is easily detected. 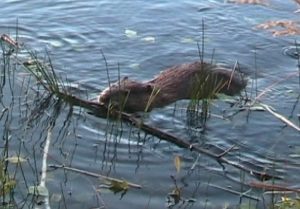 The new rights paradigm is a victory over semantic tradition that has confined rights to humans. Meanwhile, we have all sensed that an animal must also have rights but we lacked a cogent basis for them.  Here we see that if a rock has a right to its space, then a tree has a right to its space, and the beaver has the right to harvest the tree. Whatever capability an animal has, it has the corresponding right. You can say the beaver had no right to cut down the tree but that perfectly useless statement only proves he had the right.

The Rights of the Unborn

If objects have the right to use their capacities and anything growing has a right to grow, then the unborn has a right to grow and be born. The question of the mother’s right to terminate her pregnancy is also evident. She has the power and right to do that.

The Differing Rights of the Genders

This is one of the places where the new rights paradigm shines bright. There is a lot of talk that muddles gender and sexual preferences. Gender rights are derived from the capabilities of that gender. The opposing, balancing principle is that neither gender may infringe the rights of the other. 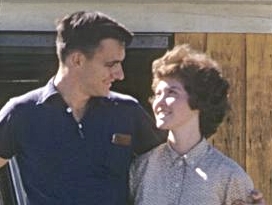 Female capabilities are not like the male’s in at least several obvious ways. There is no need to describe those other than to observe that each sex has the right to use its respective powers while not infringing the rights of the other gender. This describes why a male claiming to be female should not be allowed to compete (in sports for example) against actual females. It is a clear infringement of female rights.

There is an obvious question here. A person has the power to ask to be identified anyway he wants. However, there is a crucial issue at the intersection between that identification and the application of law where gender is mentioned. It is a falsification of fact to try to make the law apply to something it was not intended to cover. The law has always punished falsity. We can avoid a lot of confusion and conflict by paying close attention to the capabilities that give rise to the rights involved in any dispute. By sticking to the physical facts as the antecedents of rights, we avoid the pitfalls of abstractions wielded as arguments.

An Orderly Approach to Adjudication

The ultimate goal is fairness, equity, and justice so these questions should be asked first, before asking what the law says. This new definition of rights makes it easy to ask and answer the higher questions first. Who has what rights? What rights are being infringed? How is that happening? Who is responsible? Once these questions are answered, then comes the next level of questions. Is there a law that applies to these rights in conflict? Does that law help resolve the conflict? Does that law infringe some rights in order to protect others?

Reading SCOTUS opinions is a study into the convoluted and often esoteric reasoning of the justices. The new rights paradigm is founded on physical objects. This fact almost prohibits the use of abstract logic while discussing conflicting rights. Justices will find their thinking much clearer and opinions more powerful.

The Fundamental Problem of Socialism

Socialism is based on an aggregate view of society so its problems seem to want a collective solution. However, “society”, “the unemployed, “the poor”, “the homeless”, etc. are all abstractions. But there is a problem, abstractions hide the details and the details are where the reality resides. Notice this: you can’t put “the homeless” on your workbench and cut it in half because there is no such physical entity as “the homeless”, but you can put an individual homeless person on your workbench and do violence to him. That’s a subtle but crucial difference. It is this subtle nature of abstractions that often produces flawed logic. That’s the semantic root of the problem.

Social programs deal with society, which you can’t put on your workbench. In fact, you can’t do anything to society; only to individuals. Socialism seems unable to recognize that fact and constantly violates the rights of the individual.

Socialism constantly justifies its initiatives by pointing out “social problems” and prescribing changes in the political, economic, and social environment. However, the root of social problems can be traced to the choices made by individuals. One example will suffice as an example: housing for “the poor” has often been extremely shabby and even unhealthy. Forcing new housing on these people failed because it did not change the hearts and minds of “the poor”. They soon converted their new housing into the old housing.

What was needed was a change in their hearts and minds. This explains why our founders were determined to not only protect but encourage religion which has the best chance of instilling hope and faith (confidence in the value of investment) in the hearts of the people.

The new rights paradigm reveals that problem in a profound way and provides a clear, almost imperative way of looking at rights. Natural law reveals that socialism is the law of the jungle.